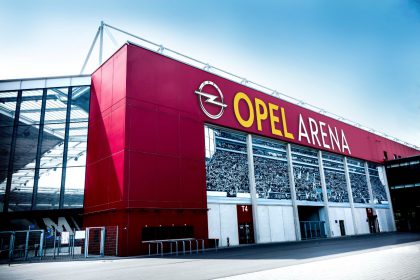 To celebrate the opening of the new OPEL ARENA on Sunday, August 7, German Bundesliga team, Mainz 05 is offering its fans a real highlight. Three weeks prior to the start of the new German football season, Mainz will take to the pitch against Liverpool FC, the team managed by Opel brand ambassador, Jürgen Klopp. The game will be Liverpool FC’s final friendly before the start of the Premier League season on August 12. Tickets for the game are available as of June 23 via the Mainz 05 ticket shop and the usual ticket agents.

“There could not be a more exciting and emotional way to open the OPEL ARENA”, said a thrilled Jürgen Keller, Managing Director of Opel in Germany. “Jürgen Klopp, Liverpool FC, Mainz 05 – that is going to be a “football festival” for the spectators and the fans. I am also delighted that, thanks to our partnership with Mainz 05, we can offer Opel employees a large contingency of tickets at reduced prices.”

For 49-year-old Klopp, the match will mark the return to where it all began. He was a passionate “Mainzer” for 18 years. Between 1990 and 2001, he played 337 games for Mainz 05. Then he took over as coach from 2001 to 2008, winning promotion to the German Bundesliga. At the end of the 2007/08 season Klopp moved to Borussia Dortmund. During his seven years at Borussia, he won the Bundesliga title twice and the German Cup once. In addition, he led the club to the final of the 2013 UEFA Champions League.

In fall last year, he was then attracted to the legendary Anfield Road in Liverpool where he has already become highly popular. When Klopp said at his introduction “I’m The Normal One”, the fans of The Reds immediately took him to their hearts. He also delivered the goods on the pitch, reaching not only the Capital One Cup final but also the final of the UEFA Europa League.

Elsewhere, Mainz 05 and Opel are planning an attractive supporting program around the first match officially hosted at the OPEL ARENA and Opel will bring its newest cars, from the new Astra – the 2016 European Car Of The Year – to the Insignia flagship.